Oh My God! Some peoples took this picture so seriously and they started posting and sharing this wedding picture of Sarah and Zaid on their social media by saying,

While in reality, it was just a shoot of comedy video in which Sarah and Zaid have to be bride and groom. But peoples started posting and sharing this picture without confirming neither from Sarah nor from Zaid

I myself became shocked at that time, when I saw in one of the news channel that Sarah and Zaid got married and read a ticker of it!

Within few hours, this news spread like a fire on social media and everybody who is fan of sarah and Zaid started sharing this picture

These all things happened on 5th Jan, when Sarah and Zaid  were busy in doing a shoot of their comedy video

And finally on 6th Jan, the comedy wedding video of sarah and Zaid revealed

Speed has become a trend, everyone wants to break news as fast as possible without knowing the reality

After watching all these things on social media finally Sarah Sarfaraz announced and clarified it by saying,

“For all my fans who have been wondering whether I really have tied the knot with Zaid Ali – No! Zaid Ali is an exceptional human being and I’m sure this would come as a surprise to him too the way media has taken this snapchat story, Zaid and I were working on one of his videos here in Lahore, which you will be able to see soon hopefully in which we wanted to project the image of a bride and groom, the reason for the getup. I have not gotten engaged/married and when I do, I would love to share my moments of happiness with all of you guys. I would also encourage the media not to make false stories or rumors about any one from the industry. If you want to know something from our lives we would share them with ourselves, tying the knot being one of them, looking forward to how you guys find Zaid’s latest video.” 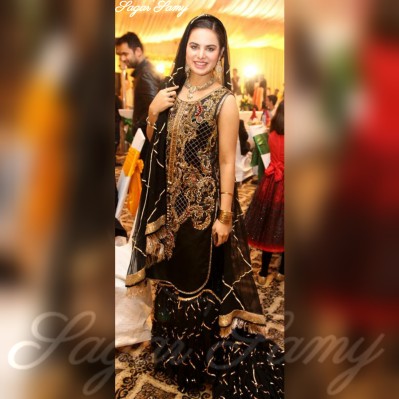