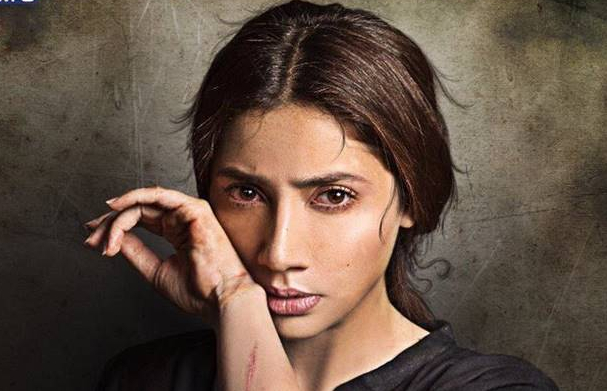 If we talk about the revival of Pakistan cinema industry so the name first comes to our mind is none other than Shoaib Mansoor. Yes, the director of two blockbuster Pakistani movies Khuda Kay Liye and Bol that not only shook the industry but also created a hope for many people to work and invest in film and cinema industry.

After almost 6 years, an internationally acclaimed director Shoaib Mansoor is back to set another mark in Pakistan film industry. The trailer of the most awaited movie of the year “Verna” finally released on 17th October 2017 at the Neuplex cinema, Karachi. An event was attended by media, bloggers, and socialites, among others. While the highlight of the event was the queen of hearts, none other than Mahira Khan.

A video starts with a song and Mahira and Haroon are sitting on car’s bonnet and enjoying the moment. At starting everything seems so fine and smooth and then suddenly entire story changes when a climax occurs, and to find out the climax we have to wait for the release of the movie. In trailer video, we can see Mahira as a strong woman who fights instead of believing in being a victim. Well, the overall direction, dialogues, story, cinematography and every work has so nicely done.

Verna is an upcoming Pakistani movie which is written and directed by Shoaib Mansoor, and HUM Films is the official distributor of the movie. Mahira Khan will be seen in the female lead role and Haroon Rashid will play the male lead. The rest cast includes Zarrar Khan, Rasheed Naz and Naimal Khawar.

Here are few picture from the trailer launch of Verna 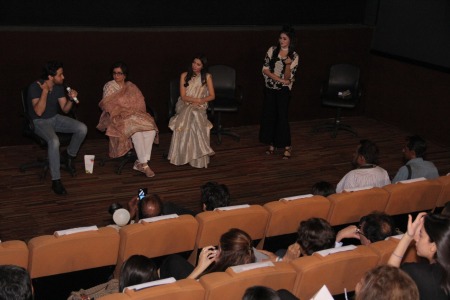 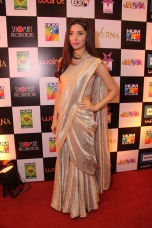