Remembered the very first episode of the first season of Game of Thrones?

Yes, we definitely do! It was the episode when this series actually hooked our attention. From then till now we didn’t miss even a single episode of this entire series of HBO. It was 17th April 2011, when the opening episode of GOT on-aired and now it’s 19th May 2019 when the final episode “The Iron Throne” came out.

From the beginning of season 8 many ups and down we observed. Many unpredictable and even the stupid things took place during this season but the finale of the series broke all the records.

The episode starts from where the previous episode ended. Tryion with Jon Snow and Sir Davos move around the streets of Westeros to see the devastation. The city is completely destroyed now and thousands of innocents have died. And Tyrion goes to Red Keep and he finds a golden hand of his brother under the destruction. Here, he becomes emotional to see the dead bodies of his siblings.

The Long Night – Most-awaited battle of Game of Thrones!

Daenerys Targaryen address to her army and here Tyrion throws his batch of Hand of the queen in front of her army. On which she takes him in her surveillance and send him to Karavas. Here Jon comes to meet Tyrion where Tyrion incites him to kill Daenerys. Jon starts refusing and says she’s my queen I can’t murder her. On which Tyrion says she might kill your sister as they won’t accept her as their queen. Now, it seems that Tyrion has successfully convinced Jon to kill her.

Highlights from The Last Night of the Starks of GOT 8

Jon meets Daenerys and the moments she tries to be romantic, Jon kills her with a knife. 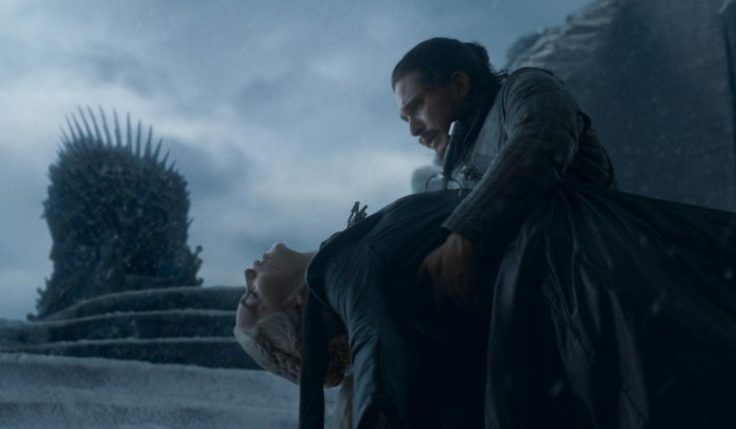 Don’t want to reveal a further story. To see what happened next with Jon, Tyrion, Sansa and rest of the people. Watch out the finale now and don’t blame me if you think that you wasted your time to watch it. As it was one of the most boring episodes of not only this season but also the entire series. Well, it’s the end of the most addicted TV series. The finale could definitely be much better.

Game of Thrones 8 episode 2 – A Knight of the Seven Kingdoms!

Hope you enjoyed not only watching episodes of the GOT 8 but also reading my blogs on it.