Life without adventure is like biryani without Aaloo (potato). In a world full of digital media users, adventure is something that leads to freedom, excitement, a step closer to nature and unforgettable memories. Pakistan is a country that is blessed with a wide range of beautiful shorelines. And Karachi is the city of beaches and almost every Karachite plan their picnics to explore the beauty of these beaches.

When we talk about beach then the first thing we hear Samundar me Ziada Aage mat Jana (don’t go far in the sea), but still, many youngsters take it as a statement and ignore it without caring about the circumstances. As a result, many people lost their lives in order to save ones’ life.

Recently, we went to the beach with Pakistan Life Saving Foundation (PALS). A nonprofit organization that is working from 2004, for the purpose of saving lives on the beaches of Karachi. With more than 250 lifeguards from the local community, they have saved almost 5000 people till date.

They told us about many things which we never heard before. Rip current is the biggest enemy of human’s life and because of it chances of drowning increase. As a result, many people lose their lives while trying to save one friend or relative who is drowning because a majority of people does not know how to swim.

Well, our journey started from Sandspit and ended at French beach. As we reached PALS office, sandpit, they briefed about their organization, how they work, tools, equipment and boats among others. They also showed us the demo of saving the life of a drowning person. After having some refreshment, we officially wore our life jackets and moved our way to the main boat which was floating at the centre of the sea. We sit into the motorboat to reach there and once all the members reached, the journey officially started. 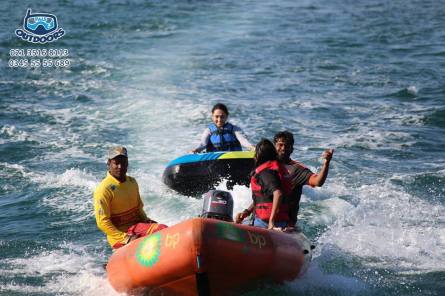 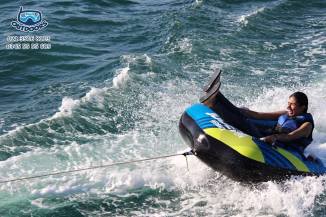 As we reached there, people become crazy to the sea the beauty of oceans and the huts that were built at the seaside of French beach. One of the lifeguards asked us to jump into the water. Initially, we were scared but once we realized that it’s Do or Die scene, we jumped into the water with our life jackets. We also saw the underwater marine life with our dive masks. Last but not least, few of us also tried snorkelling which was one of the most adventurous experiences of this journey. 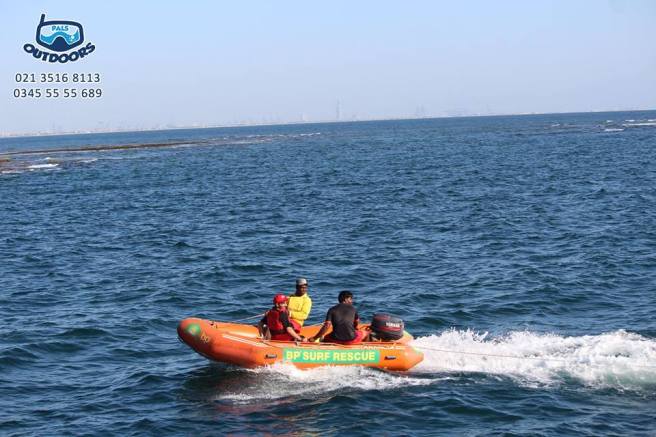 After this, we again sat into the motor boats to enter into the hut where spicy biryani was waiting for us along with mouthwatering chocolate brownie. After having lunch we shared our experience to the team PALS and appreciated their efforts, and yes, clicked the mandatory group photo at the end of this adventurous journey.