The event is organized by Sara Chapra, Aslam Khan and Omar Omari of CKO Event Architecture, while PR & Media by Ali Chaudhry of Latitude CRS.

Karachi Eat Festival is being organized since 3 years, and this year is going to be its 4th year. In the first year of festival around 15K to 18K people became the part of it, while in second around 28K to 30K, and in third 70K. But this year around 70K to 100K people are expected to attend this festival.

As Karachites are keen of eating, drinking and entertainment, so its such a wonderful initiative by CKO Event Architecture to gather people of Karachi and provide them such platform where they can not only release their stress but also can eat any kind of food and can enjoy live concert at one place.

The Frere Hall is going to be transform into foodie’s wonderland for 3 days of eating, drinking, and lots of entertainment. The festival is all set to attract the thousands of foodies from the city of lights.

Many well-known entries as well as online food businesses will be showcasing their foods, while in live concert Zoe Viccaji, Natasha Humera Ejaz, Jimmy Khan, Sara Haider, Sounds of Kolachi and Fuzon will also be performing to make crowd more energetic.

“We are quite excited to see all the new upcoming restaurants and business that evolve because of their participation in the festival. Karachi Eat is an iconic event, and we are proud and excited that we are putting forward a positive image of our country.”

Many celebrities, public figures, and well known personalities are also expected to be the part of Karachi Eat Festival. So, Karachites what are you waiting for?

It’s your time to enjoy this amazing festival of eating, drinking, and lots of entertainment, which is going to be start from today and will continue till Sunday. 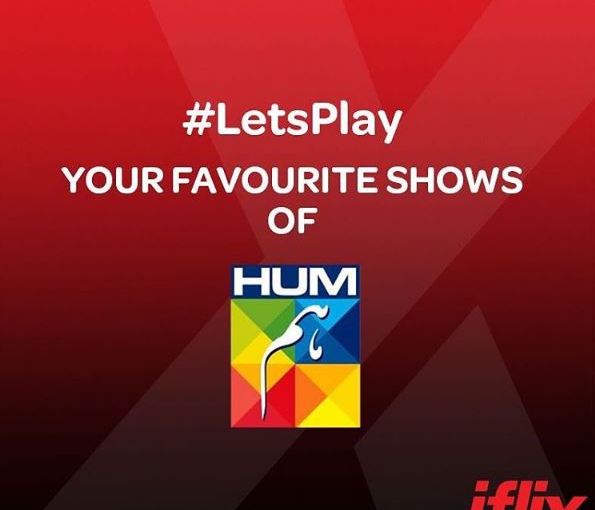 IFLIX, the world’s leading Internet TV service has announced a licensing deal with Hum TV, Pakistan’s most established and acclaimed 24-hour entertainment TV channel, and soon to launch in Pakistan.

“We are deeply committed to localization, and this landmark partnership with Hum TV is a testament to that promise. We are thrilled to add so many of Hum TV’s most popular and award-winning beloved, local dramas to our vast library of top international and regional content, as a part of our promise to deliver the best and widest selection of TV shows and movies from all over the world to our members.”

“Our collaboration with iflix exhibits our commitment to promoting quality entertainment content globally. As part of this commitment, we have focused on digital media to make our content easily accessible to our global target audience. We are confident that iflix will prove to be a key strategic partner for us in the years to come.”

iflix is currently available in Malaysia, Thailand, the Philippines, Indonesia, Sri Lanka, the Maldives and Brunei, and will continue to spread its world-class service to emerging markets in the coming months.  It offers consumers a vast library of top Hollywood, Asian regional, and local TV shows and movies including many first run exclusives and award winning programs. iflix subscribers can also download TV shows and movies from iflix’s extended index for offline viewing. 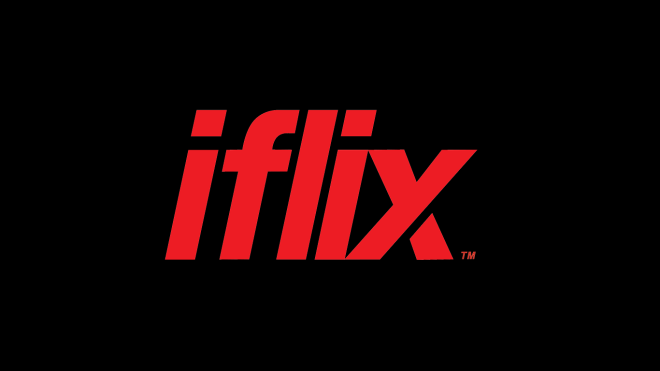 There was a time when Pakistani dramas were considered as the best dramas of sub-continent. Pakistan Drama Industry (PDI) started in 1960s and since the beginning of television, PTV was the only channel to produced Pakistani dramas, and the 1st ever super hit drama was “Khuda Ki Basti” which went on air on PTV in 1969.

After that many super hit dramas were produced including 50-50, Alif Noon, Sona Chandi, Aangan Tehra, Ankahi, Dhoop Kinare, Sunehray Din, and Alpha Bravo Charlie among others.

Surely, it was the rise of PDI, and the golden era of PTV that produced such super hit dramas which made records in the history of Pakistan. But unfortunately, PDI became commercialized after 1990s; and not only forget to produced such quality dramas, but also lost their level at which they were during the decades of 1970s, 80s, & 90s.

It was the downfall of our industry. But soon PEMRA issued licenses to many private channels, and the channels took responsibility to get theirs level back.

And finally HUM TV took one step forward to bring back PDI at their rise. And produced such amazing dramas which not only played a major role to bring our industry level back at rise but also made new records. Humsafar, Zindagi Gulzar Hai, Dastaan, Mera Naseeb, Kankar, Durr e Shehwar, and Dil e Muztar were the dramas which set new records in the drama history of our country.

Now a days, Pakistani dramas are being produced on not only typical themes but also promoting Indian culture in our dramas. And producers are crossing all the limits for the sake of TRPs by broadcasting bold scenes, and adopting Western & Indian culture etc. It seems our industry is going to suffer downfall once again.

If our industry stop showing Indian culture in our dramas, and start promoting our own culture, then our industry will not go at rise but also our culture will be highly promoted across the world. 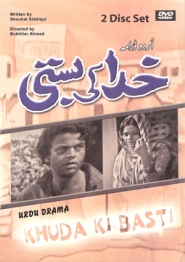 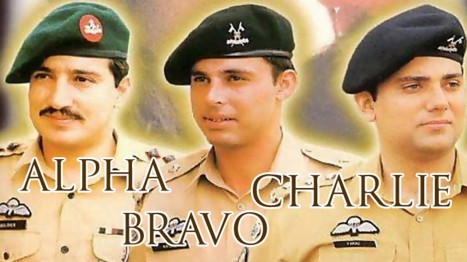 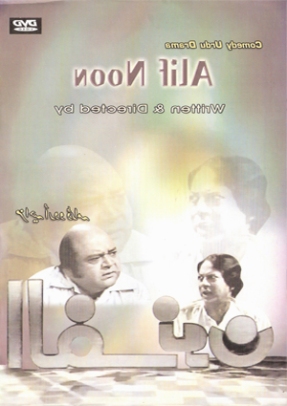 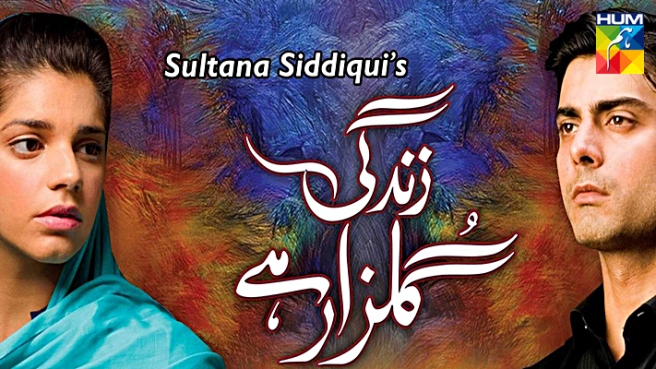 The first ever Sindh Literature Festival (SLF) was held on 4th to 6th November in Karachi. The most important reason behind organizing this festival was to promote Sindhi Culture, Sindhi Language, and to attract the Sindhi people throughout the country.

The three days festival was truly amazing, knowledgeable, interactive, and worth attending. It was divided into sessions i.e. book stalls, exhibition area, and food area among others.

When Abida Parveen went on stage and gave her soulful performance, the audience became crazy. From beginning to end, her performance grabbed the hearts of audience.

The second day of the festival included Book Launching session by Sindhi writers, Speaking session on different topics i.e. Literary and Intellectual tendencies of contemporary Sindhi literature, the economic Development in Sindh: Vision and Mystery, Languages in a Globalizing World, Journalism: New trends, Impact of visual media on society, etc. Mushaairo session and Music session. In which Natasha Baig gave her energetic performance, which made youth energetic, and they started dancing.

It also included live paintings, which were being painted by the painters of the Sindh and Karachi.

In the end, I would like to say, it was taken such a great initiative to promote the culture, language, art and literature of Sindh.

Here are some pictures from Sindh Literature Festival. 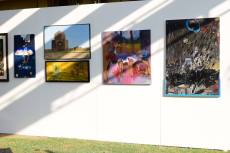 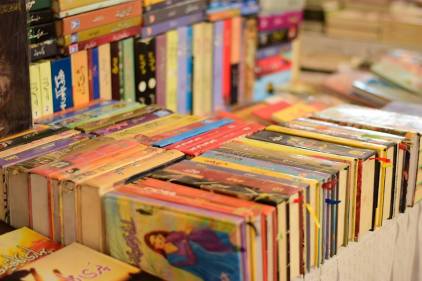 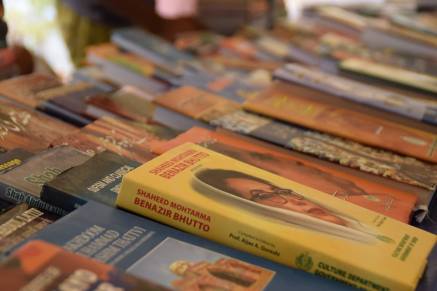 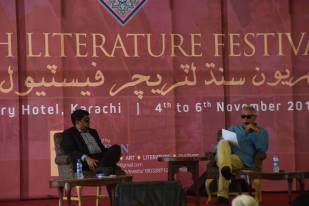 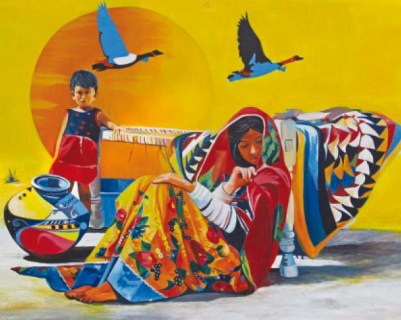 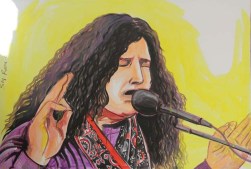 Mahira Khan, who is one of the most talented, charming and an amazing Pakistani actress, and popularly known for her incredible acting skills. She gave her debut from the film Bol, and now after 5 years, she is all set to comeback from the film Verna.

The man who is credited for the revival of Pakistani cinema, is all set for a comeback. After the blockbusters like Bol and Khuda Ke Liye, ready to give another blockbuster Verna. Yes, I’m talking about one of the brilliant Pakistani director, none other than Shoaib Mansoor. Who himself has written, and will direct his upcoming film Verna, under his banner SHOMAN Productions.

While talking about the film, actress Mahira Khan revealed,

“Well, I think the whole journey now would be very different. My part in Bol was small and also my first ever acting experience. I was nervous but I was carefree, enjoying my time on set with the kids who played my brother and sisters. When Shoaib Sahab called me after five years this time and told me the story, I knew I’d be challenged as an actor.”

On announcing his next film, director Shoaib Mansoor stated,

“This film is being made by a man of Pakistan, to urge the men of the world to listen to women. It will encourage women to speak up. Khuda ke liye bol verna…”

“We at HUM are very happy to have signed up as distributors for Shoaib Mansoor’s film Verna. He is a brilliant director and his views on subjects that are close to our hearts as well, are similar. Shoaib’s films are commercial but at the same time focus on topics that carry a strong message.”

“We’re hopeful that this film will be even more successful than his previous ones.”

The film is expected to release on Eid-ul-Fitr 2017. 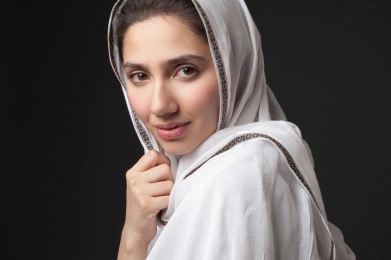